In Marx for Cats, an unnamed cat and New York based visual artists Caroline Woolard and Or Zubalsky ask critical theorist Leigh Claire La Berge to explain keywords in contemporary capitalism. The interviews are presented online via a dedicated website of short cat-and-capitalism videos, in a large-scale installation with glass cats watching the video interviews (forthcoming, 2019), and as a printed text transcription of the interview in GLU magazine (winter 2018). This is the animal of the wild-cat strike rather than the fat-cat. This is sab-cat [sabotage cat] also known as the sabo-tabby, who the International Workers of the World used to herald a “slow-down,” a refusal of the compulsory labor time of capitalism. This ongoing conversation and installation uses glass, video, text and performance to juxtapose the time of foregone time of capitalism with the time the anticipatory time of catpitalism.

Artists have long enjoined their art to animals. “Perhaps art begins with the animal,” notes philosopher Gilles Deleuze.  In 1965, Joseph Bueys presented How toExplain Pictures to a Dead Hare. Jannis Kounellis staged in 1969 Untitled [12 Horses] and shortly thereafter Carolee Schneemann produced a series performance videos of felines; “cats are my medium,” she explained. She seems not to be alone in this regard. Louise Bourgeois’ non-mimetic self portraits often depict a five-legged cat. In 1970, Marcel Broodthaers recorded an audio interview with a cat about art at his Musée d'Art Moderne, Département des Aigles. Artists including Frida Kahlo, Andy Warhol, Yoko Ono, Salvador Dali, Gustav Klimt, and Vasily Kandinsky were all deeply cathected to their cats.

Why cats? This is a question that has long concerned Zubalsky, Woolard, and La Berge. Both artist and critical theorist have a particular interest in dialogical “animal-work,” a term they borrow from Meiling Cheng, of Bueys and Broodthaers, both of whom invite the animal into the concept of art. But if art is a self-reflexive concept, how can animals possibly understand it? The interruption of presumed understanding in art as art seems to be the point. In not understanding, animals blunt some of the self-reflexivity of the very concept of art.

Confronted with conceptual thought, animals respond what Brian Massumi calls the “horse-iness of a horse” or the “cockroachity of a cockroach” in his recent book, What Animals Teach Us About Politics. When the horse cannot be represented beyond its horse-iness, we have reached the limit of the concept itself.

Marx for Cats seeks a transvaluation of cats in art as art. La Berge, Woolard, and Zubalsky place the concept of art in a longer genealogy of nineteenth-century philosophy and note the crucial moment in which the idealism of art is replaced with the materialism of capitalism. What appears to Zubalsky, Woolard, and La Berge as exciting and critical about art, is in fact a property of capital. This dual genealogy may be traced through the emergence of the cat as both a subject of art and a subject of capital, a critique of art and critique of capital. Stewart Martin rightly suggests that “the semblance of freedom in art is replaced by the semblance of value; the auto-affection of subjectivity or humanity, by the auto-affection of capital.”

Cats have come to signify the instantaneous and ephemeral economy of art. Think of their presence on the internet where they organize the attention economy of what Jonathan Beller calls “the cinematic mode of production.” Zubalsky, Woolard, and La Berge seek to slow down the cat economy and to return to an earlier cat, the one who critiques rather than an instantiates capitalism. This is the animal of the wild-cat strike rather than the fat-cat. This is sab-cat [sabotage cat] also known as the sabo-tabby, who the International Workers of the World used to herald a “slow-down,” a refusal of the compulsory labor time of capitalism. 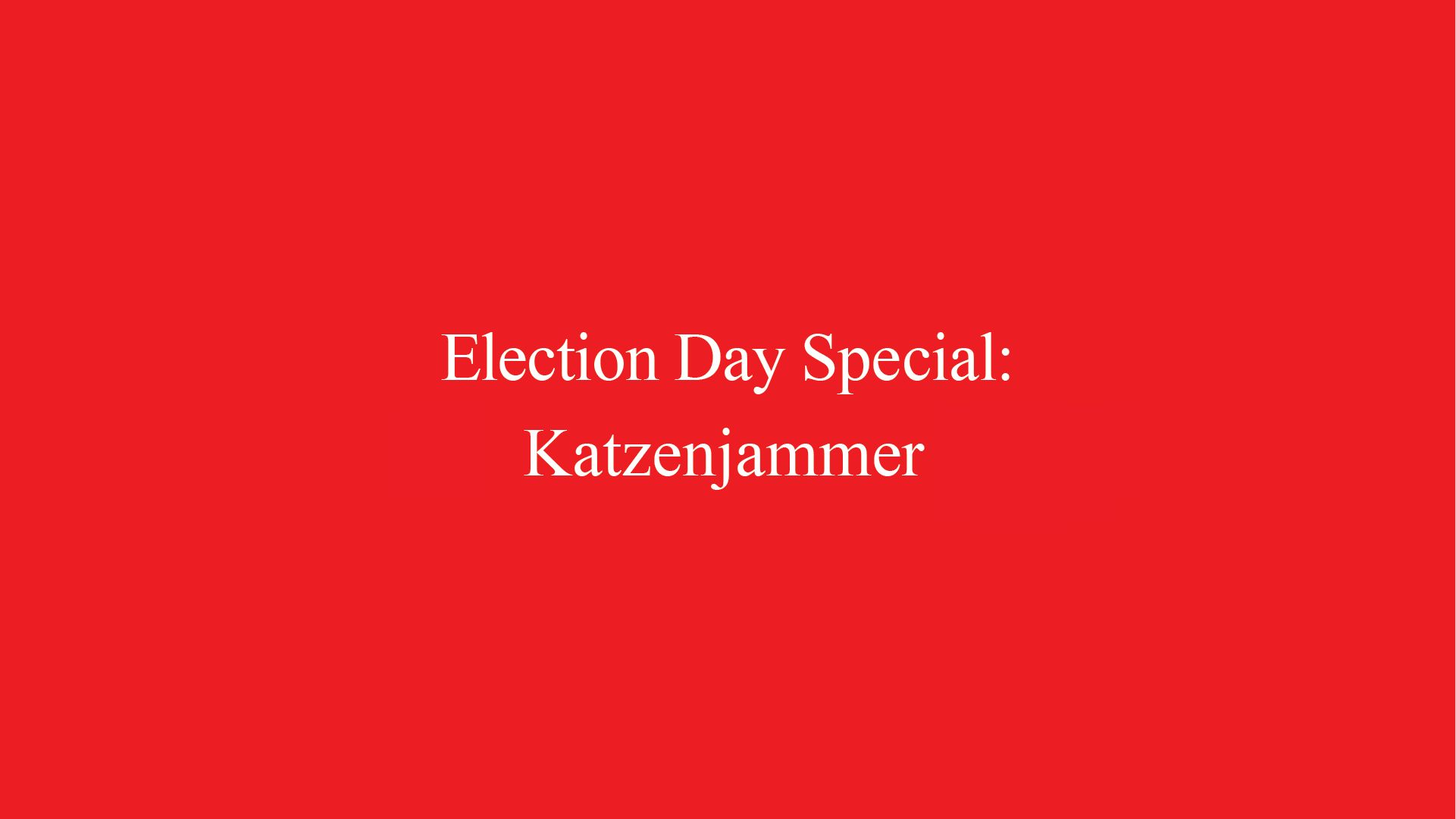 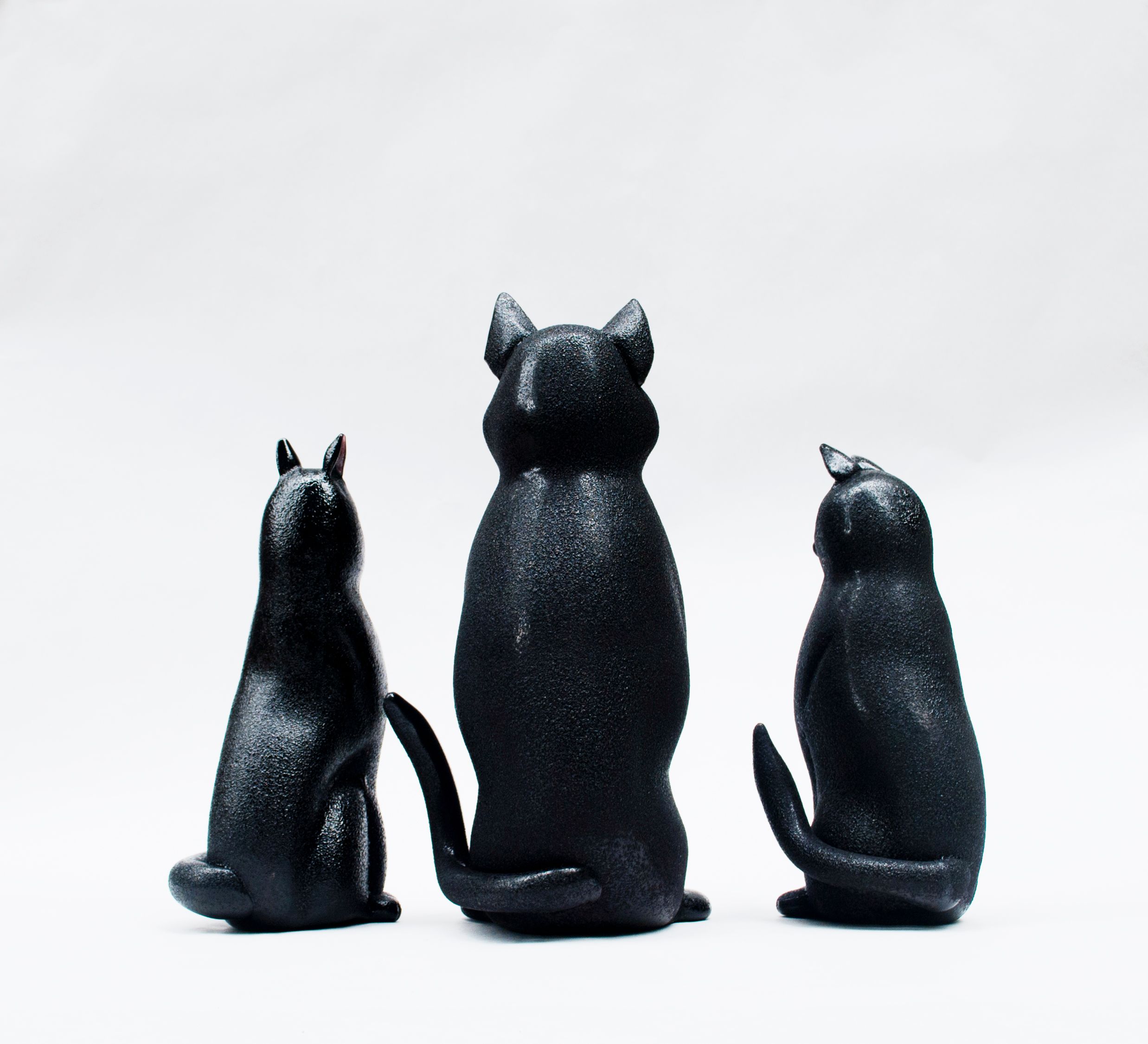 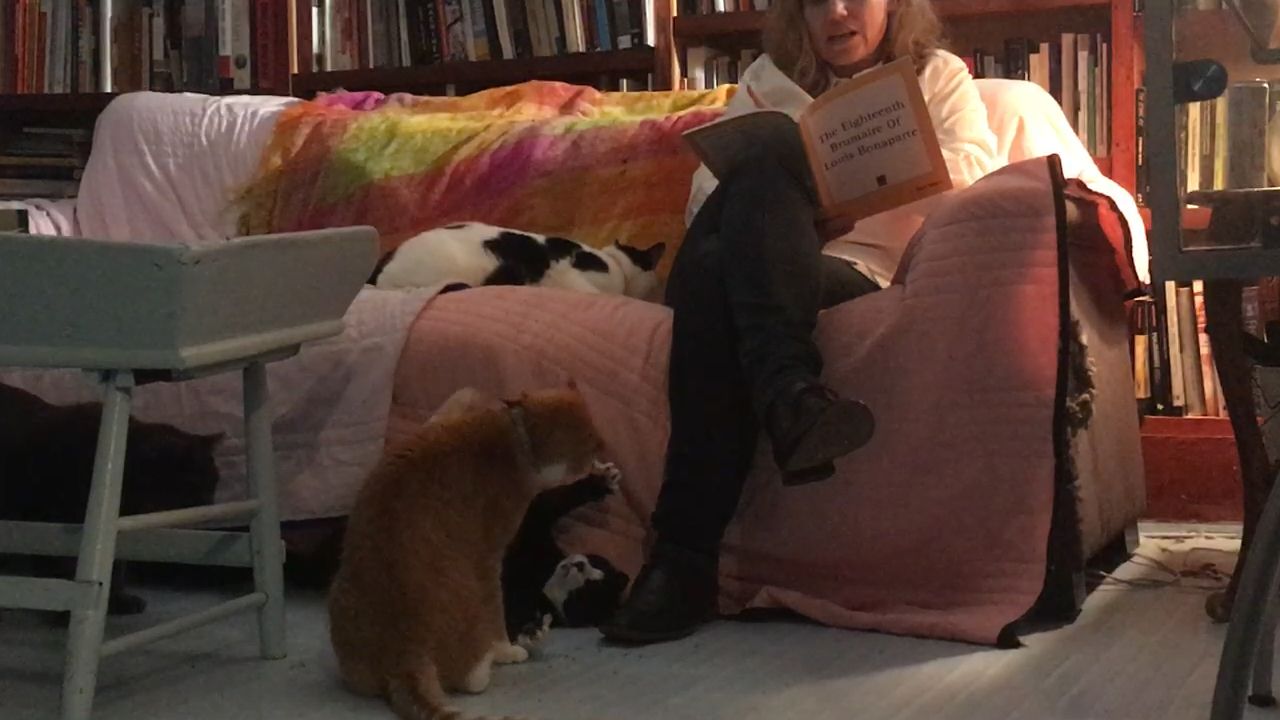 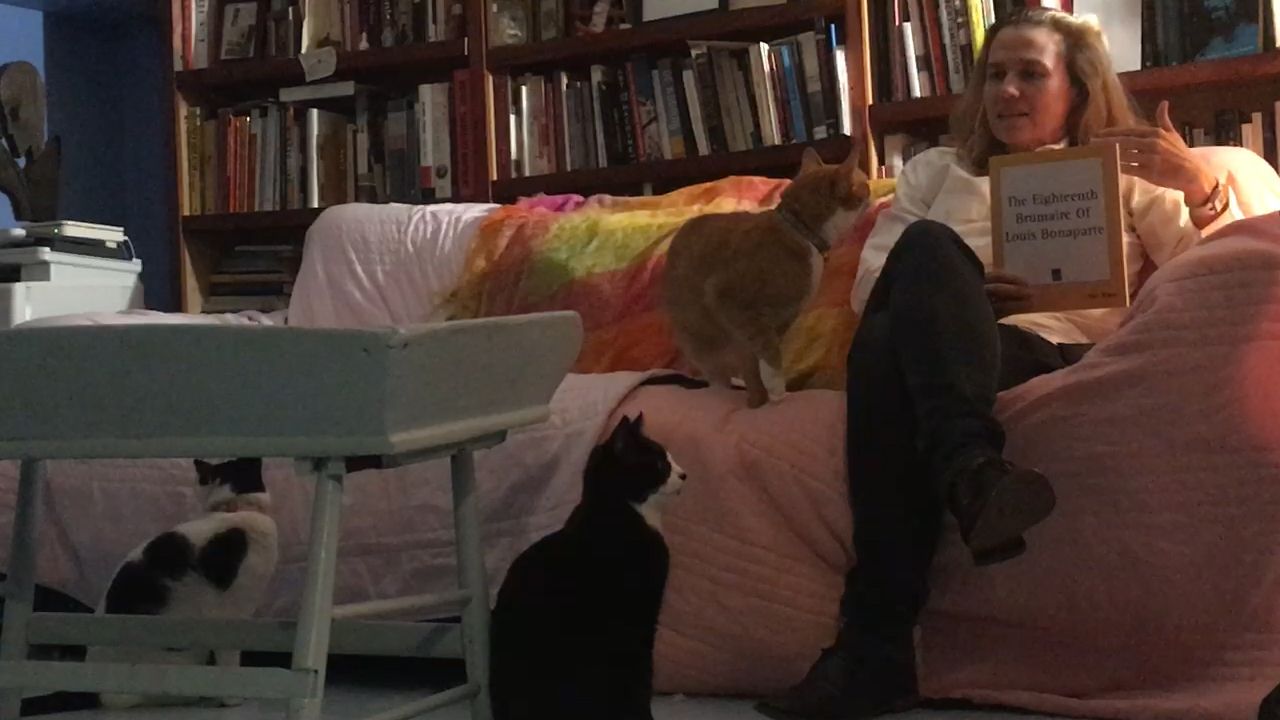