Did you ever look up in the office? It turns out that ceiling tiles overhead are the same size everywhere in the world. What if every office held a megaphone to inspire action? How might we transform beaurocracy?

This is an open access file that anyone can use to create their own paper megaphone. This continues my exploration of the meeting itself – the gathering of people for a formal purpose – as a site for artistic and social intervention. Themes of collectivity and political economy recur in my work, and after more than a decade of working in arts collectives and creating socially engaged projects, I recognized that I had spent at least half of my artistic life in meetings and began to make objects for groups in gatherings. In the majority of meetings that I attend -- most facilitators — people who guide meetings — do not assume specific religious or shared cultural heritage in the majority of the community meetings. What objects already exist in these secular community meeting spaces? Sticky notes, clocks, fluorescent bulbs, ceiling tiles, formica tables, old plastic chairs. What excites me is the possibility that an object can produce a shared meaning within the context of a gathering; that it can guide meeting participants to some genuinely new space or thought or make the journey of reaching such a destination that much easier.

CREDITS: Racquel Gómez Delgado, and indicate that the residency / event took place at Haus der Statistik in the frame of GameChanger, curated and produced by the Curatorial Collective for Public Art and SUPERMARKT Berlin.

GameChanger is a research and mediation project extending from March 2022 till February 2023. The project is funded by Hauptstadtkulturfonds (HKF) and will be collectively curated by Curatorial Collective for Public Art (CCPA) and SUPERMARKT.

The aim of the project is to explore contemporary mindsets and cultures of self-organization and work in the cultural field.

In the wake of the frequent economic, environmental and social crises, of which the pandemic has been part, there is an urgency to reflect and rethink the latent power structures, habitual resource allocation, conventional valorisation criteria and common management practices in the cultural sector. While the predominant response to this urgency in both cultural advocacy circles, as well as independent initiatives is to focus on solution-based tools and tactics,GameChanger aims to dive into the underlying complex and ethereal dispositions, spirits and motivations of developing alternative economic and governance models for the art commons. As a research methodology, we aim to curate a series of three two-month residencies, in which small transdisciplinary teams develop performative, participatory, immersive public projects. 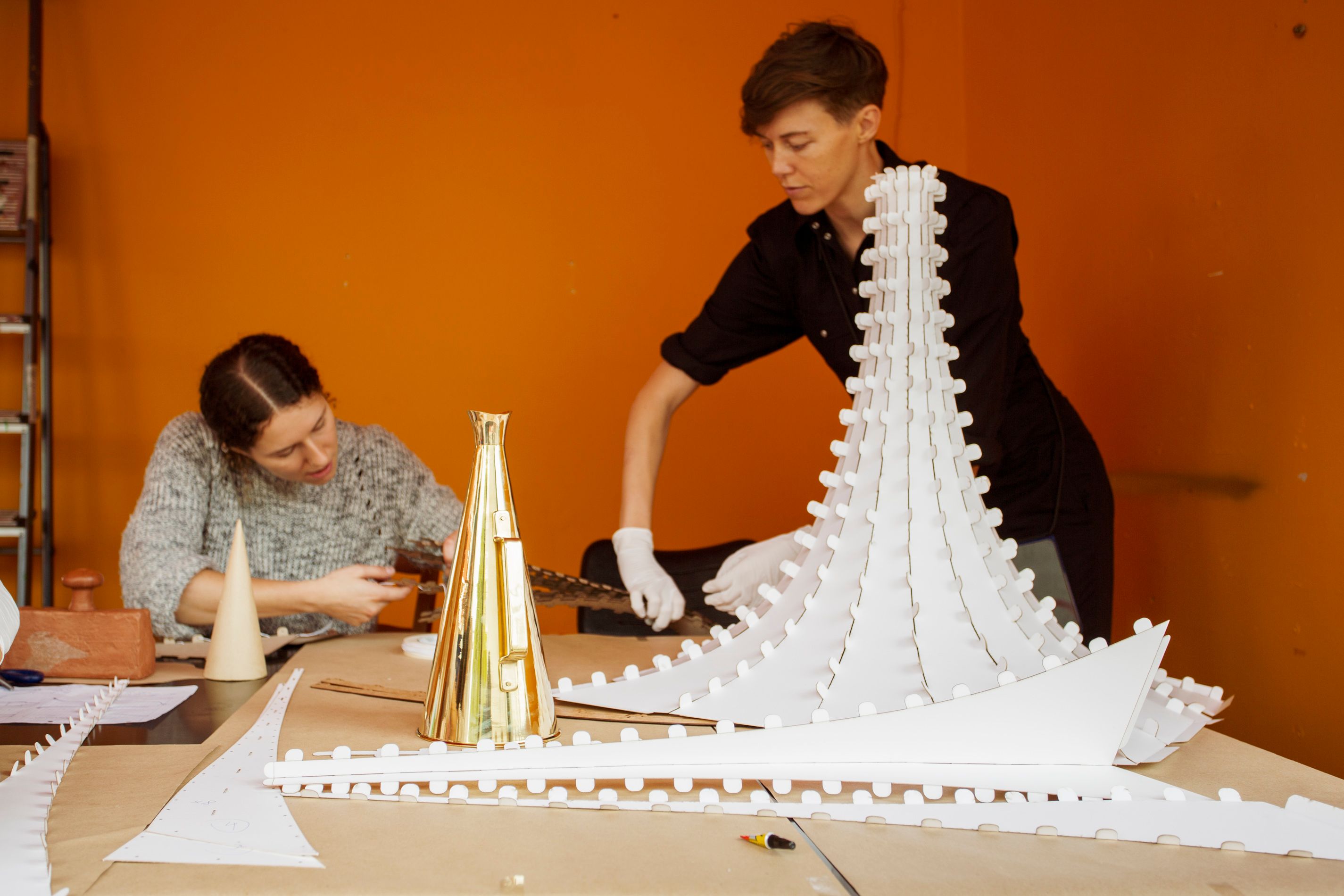